Elizabeth Ziegler, a SaddleBrooke Community Outreach (SBCO) scholarship recipient, says, “When I was in high school and applied for the scholarship and got it, I was so excited. But 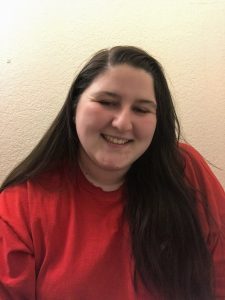 looking back, I had no idea just how much the scholarship was going to help me.” Elizabeth is currently a senior at Northern Arizona University with a major in biology. Initially she thought she had wanted to become a physician’s assistant, but as time went on, she realized that was not her passion. Becoming a veterinarian was in her heart, especially given her experiences with animals during her youth. She plans to pursue this dream at the University of Arizona.

During the peak of Covid, when NAU had transitioned to fully online studies, Elizabeth found herself struggling to keep up. Then her mother was diagnosed with cancer and she thought her dreams were dashed. Her grades suffered and she was afraid she might lose her scholarships. She says, “I was planning on dropping out if I lost the SBCO and other scholarships.” But, the scholarships continued, which allowed her to progress to her senior year.

Elizabeth says, “Overall, college has been one of the best experiences of my life and I cannot wait to continue my college journey.” During her freshman year, Elizabeth expanded her horizons by joining the marching band and later the pep band. These extracurricular experiences helped her to forge lasting friendships and to feel comfortable with college life. But, she admits, “if it were not for the SBCO scholarship, I do not believe that my college experience would be such a happy memory.”